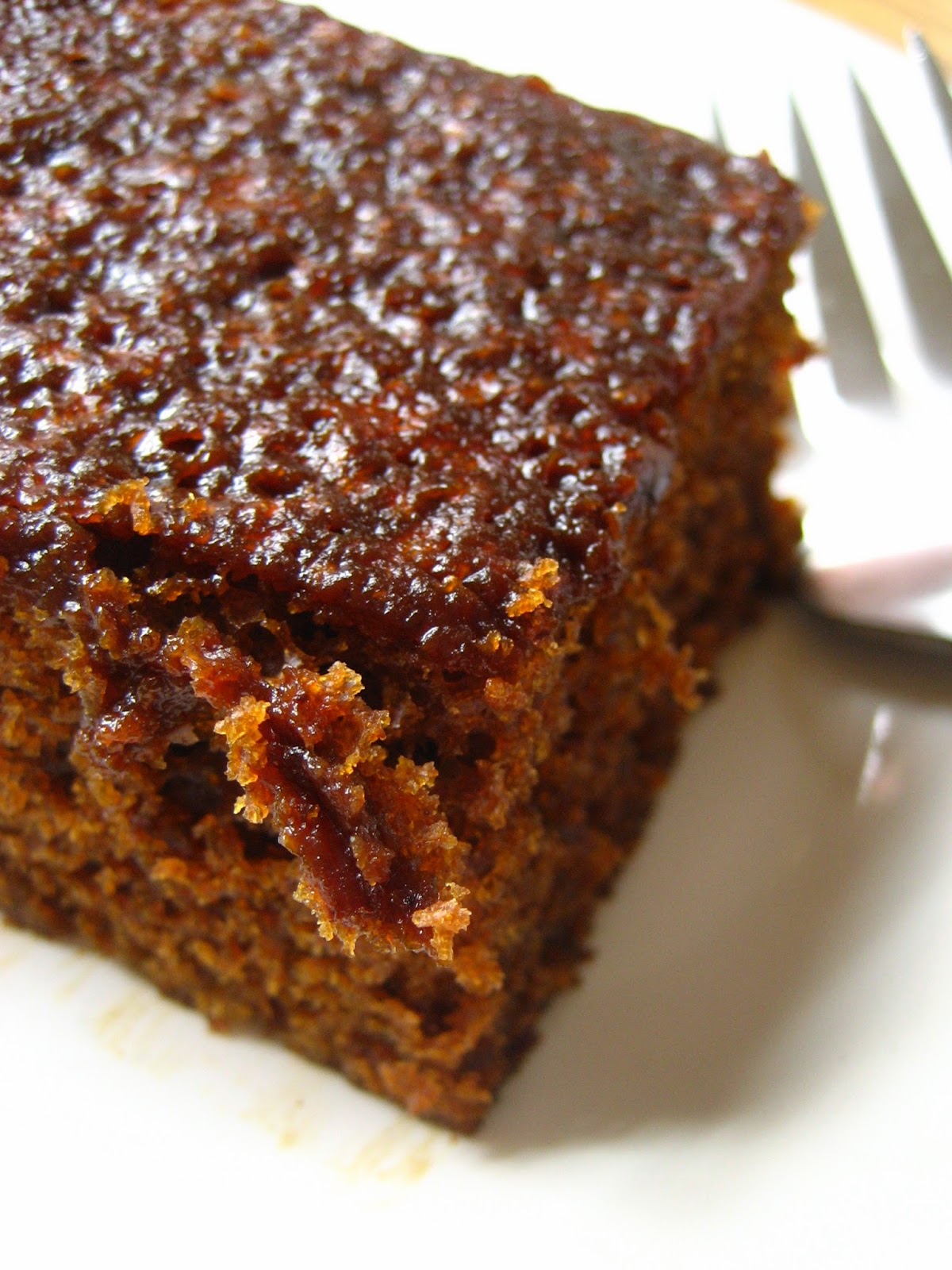 This is just the kind of gingerbread you crave when dinnertime has suddenly become pitch-black and cold, as it now has, and you feel like it’s midnight all the time and like you’re up in Scotland drinking whiskey from the bottle and waiting for spring. It’s big, soft, and comforting, like the down comforter of the cake world, and it fills your house with the spicy, delicious smell of holiday baking, even on a regular old school night. Plus, it will take you no more than 10 minutes to get it into the oven, promise. Or, as we say to the kids when we are quite sure about something but don’t want to get into it later, if there is, say, a surprise hurricane or earthquake, I almost promise.

The recipe is hand-written in my recipe binder, and when I was trying to figure out how properly to credit it, I naturally consulted my mother. “Is this your gingerbread?” I asked, and she said, “Oh, is it this?” and pulled out a recipe card titled “Mummy’s Gingerbread” that calls for, among other things, treacle, and the mystifying measurements ½ egg and also 1 gill milk. “I don’t think it’s that,” I said, “seeing as how my gill has been, er, missing since the middle of the nineteenth century.” Hmm. “Is it this?” And strangely, there it was—an ancient clipping from the Times, called “Edna’s Blueberry Gingerbread.” I have never in my life added blueberries (I didn’t even write that part when I copied the recipe), but I suppose you could. But then it would go from a big, comforting cake to a more challenging cake studded with hot, puckery berries, which is not what I’m going for at all. Still, if you want to try adding “1 cup blueberries, lightly floured,” be my guest.

I was going to make a note here about how this is a great way to get more iron into your diet, what with the legendary iron-containing properties of molasses, but when I looked at my molasses bottle, I noticed that, to achieve your daily requirement, you’d need to swallow 25 tablespoons of it. If you’re anemic, try eating the whole pan of gingerbread all by yourself, and let me know if you feel a burst of energy afterwards (I’m being ironic. Ha ha.). But I will tell you that Ben and I were talking over dinner about how your body actually needs small quantities of various metals, which surprised and delighted him. “Wow,” he said. “If I died and you melted me down, would there be enough copper in me to make even, like, a tiny, tiny dollhouse spoon?” Kill me.

Soft and Sticky Gingerbread
I like to grate the nutmeg fresh—not because I’m fancy or because I think it makes such a big difference flavorwise, but because it’s such a pleasant thing to do, and it’s a little job I can give the kids. If you’ve never tried this, do: it involves buying whole nutmegs and a tiny grater, and it’s a small and worthwhile investment.

Now, in the bowl of an electric mixer, cream together the butter and sugar until it’s light and fluffy, then add the eggs one at a time, followed by the molasses. Take a moment to stop the mixer and scrape the bottom of the bowl with a rubber spatula to make sure there’s no butter hiding out down there. Meanwhile, sift together the flour, spices, and salt (and by “sift together” I mean, of course, whisk together, because I’m lazy like that), then mix them into the batter until they just disappear.

Now measure the boiling water (I do this right in the dirty molasses cup), add the baking soda to it, call your kids over to see the amazingly foaming mixture, explain the science of it (each crystal of baking soda actually contains a tiny, burping angel), and beat it gently into the batter, which will now seem incredibly runny, which is fine.

Pour it into your prepared pan and bake for about 30 minutes, until the cake is starting to pull away from the sides of the pan and a toothpick comes out clean or with crumbs on it, rather than ooky batter still. Serve with whipped cream, if you have company, or plain. Yum.
Posted by BenBirdy1 at 9/24/2005 01:10:00 PM