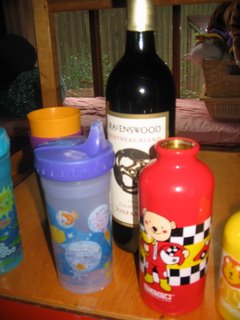 Did you keep a journal when you were younger? Because I did, and let me tell you: these were not the writings of a person brimming over with joie de vivre. Why, when I was glad, would I have wasted one glittering second scrawling away about it? I was out in the sunshine making a daisy chain and just feeling the gladness! So the journal was filled with my ceaseless gloom. My ceaseless and deadly BOYFRIEND gloom, if you must know. In college I dated a Russian major who--how shall I put this?--didn't actually like me. It wasn't just that instead of lighting up a cigarette or whispering honeyed words he lept from bed to scrub briskly at his sex parts with a washcloth; it was that he made me feel like maybe I would have to better familiarize myself with the gloomy poetry of the Russian modernists in order to actualize my girlfriend potential. And so my journal is filled with gloomy entries about this endeavor. "Spent day reading Tsvetaeva (sp??). Tried to read on quad where K. would walk by. K walked by. K. said, 'I like your skirt." He didn't mean it probably. Or did he? He didn't want to get coffee with me after dinner, and then later he said he'd had coffee. (With library girl in the eyelet petticoat?)." Like that. (Aside: God help me if Birdy ever does anything but karate chop the knees off of anyone who makes her feel this way.)

Anyways, I mention this now because this is the impulse that blogging seems to reinvigorate in me. In a column, (there for instance--you knew I was going to plug it somewhere) what with the certain amount of words, and the desire for coherence, I feel like I'm trying to say a little bit about something or other. But here. Here. I am inclined to kvetch in sentence fragments. About Birdy's cold, for example. The school should just add it to the memo. "Your child has been assigned: snack duties for the 4th week, a nature worksheet, the third cubby, and the following viral illness: a common cold" I think how it works is that you get one virus, and then you're supposed to trade it in later for another one that your family has no immunity to. Don't get me wrong--I'll take the gagging mucus cough over any degree of barfing. And we are lucky that these kids get sick and then get better--I do not take this for granted a day of my life. It's just that I forgot to memorize my children's summer faces--the way they look without the snot running down them and drying in patches like crusty, virulent slug tracks. I guess I can wait until June.

p.s. If you "tag" me for a "meme," then I will feel very flattered (Who doesn't like to be picked? Especially people like, you know, certain people, the kind of people who were never picked until somebody finally sighed and rolled his eyes and said, "Fine. But she's not batting and you get her next time.") but also a little uncertain about the whole meme protocol. I am just warming up here, so please be patient with me. (But also: Can I kvetch in sentence fragments in the meme? Because this is the experience I seem to be looking for.)
Posted by BenBirdy1 at 9/17/2006 08:18:00 PM 74 comments:

You are the best. Honestly.

I felt like my mom herself had logged on a couple dozen times--what with all the "She's just jealous" honey you poured all over me (after I only fished for it a teeny-tiny shameless bit). Exactly! Jealous! She only wishes she had these scowl lines! She wants a piece of these leaf-impacted and warped gutters that will never be different from how they are until I divorce Michael and move away to a country where they replace the gutters for you automatically as a bonus for just being yourself! What she wouldn't give for water pouring down the side of her house in sheets onto the trashitude of a blue vinyl tarp bungee-corded under the eaves! But you--you guys are a force of kindness to be reckoned with. Honestly.

(Plus, if you ever read the babycenter bulletin boards, then you will agree with me that the hi-effing-larious "pimento cheese" comment seemed suspiciously a lot like our dear old friend "BillyJoe5555." "Carmen" isn't your new persona, is it, BillyJoe?)

Not that I wasn't mortally offended by the suggestion that what I'm writing is "not exactly War and Peace." Really? Well maybe if a very hunky and hard-haunched guy jogs up on a horse with his white teeth and fixes the gutters for me, it will at least turn into "Anna Karenina."

Which is a funny thing to write on little Birdy's first day of preschool. Which is what I'm writing my column about right now. As we speak. Somehow it is getting written. In the meantime, there's this, over at wondertime. This blog is still the best place to respond to those columns, but they are working on a bulletin board over there.