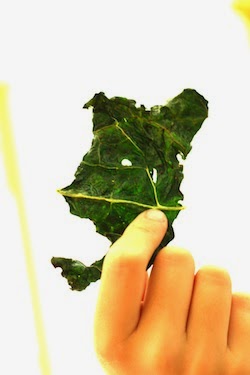 I would like to start by saying that I don't think Sungold tomatoes taste "like candy." I love them, and yes, they're really surprisingly sweet--but Michael and our friend Lydia hover around the plants behind our house, popping tomatoes in their mouths and exclaiming over their candylikeness, and all I can do is roll my eyes. Maybe if there's, like, some kind of a soft, gel-filled, viney-tasting gummy eyeball with seeds, Sungolds are a little like that. "You don't think they're like candy?" Lydia goads. "I can't believe we're even friends." I know. I am the Ebenezer Scrooge of the vegetable world. 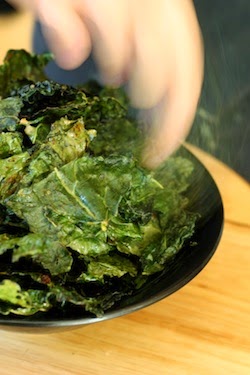 Similarly, I never think that corn on the cob is "so sweet it doesn't even need butter." It is often really, really sweet. "Wow!" I might even exclaim happily while the perfect kernels burst under my teeth. "This corn is so sweet!" But I will exclaim only while the melting butter drips down my chin and pools on the plate in front of me. So sweet it doesn't even need butter? That's just crazy talking. That's like substituting applesauce for butter in a cake, and then imagining that it's so "moist and good that I didn't even need to add any sugar!" Okay! Enjoy!

And so, if you are skeptical, what I'm saying is that I hear you. Kale chips? I know. They are not "as addictive as potato chips," if that's what you've been told. Unless the people who told you that were eating potato chips that were actually made out of a kind of seaweedy paper--then, yes! But no, it's not a Pringles kind of a situation. And yet, we have never not eaten all the kale chips within fifteen minutes of their emergence from the oven. They are bizarrely delicious and strangely hard to stop eating: saline and crispy, with a kind of a mild, green flavor that will have you neither on your knees in swooning gratitude nor suffering vegetally. But make no mistake here: it's all about the oil and salt. So please don't start imagining that these are so good they even need any oil or salt! They're not. I promise you. But they are really amazingly good--and almost wildly nutritious, given that it's kale, but distilled into a dense crunch of cruciferous vitamins and antioxidants.

This recipe--one that I dreamed up only because I saw but didn't actually try expensive "miso-flavored kale chips" in a store--is my favorite version: the miso is both salty and sweet, and it gives the chips that Doritos kind of savory-meaty umami that I'm always craving in snack foods. However, I've made them with olive oil and heaps of fresh garlic (the first recipe I ever tried, thanks to our beloved Uncle Barbara), with sesame oil and tamari, and with just oil and salt, and it's all good. Let me know please if you try something different. I am (almost) always open to change.

1 bunch of kale, washed well (I used Dinosaur or Lacinato kale for this batch, but only because that's what was at our farm this week; regular curly green kale works great too)
1 tablespoon vegetable oil
1 tablespoon miso (I used a mild white miso)
2 teaspoons balsamic vinegar

Heat the oven to 300 and prepare two rimmed baking sheets by greasing them lightly or covering them with parchment paper.

Separate the kale leaves from their tough stems: I do this by running my hand down the stem, the way you would if you were, um, let me think. No, I guess it's not like anything else I can really say. You could use a large knife for this job, and simply cut down the side of each center rib. Now cut across the leaves to make 1- or 2-inch pieces of some or other shape.

Use a whisk to combine the oil, miso, and vinegar in a large bowl, then dump in the kale and use your hands to coat the pieces evenly with the mixture. Spread it in a single layer across the two sheets and bake until crisp and dry but not black or papery--around 15-20 minutes. The timing is both important and a little tricky, so check it starting at 15 minutes to get a sense of where it's headed and how quickly it's likely to get there. Cool and eat. Store leftovers airtight, I'm thinking, though we have literally not once had any leftovers.
Posted by BenBirdy1 at 9/24/2005 05:01:00 PM