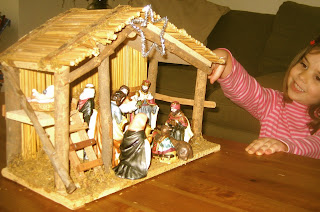 Oh, really, this is my perfect life, that one string of comments could tackle both of these issues simultaneously. I'm not even kidding. The mundane and the paramountly important, all rolled into a day. That's what life really is, and I appreciate your thoughts

I am going to resist getting further sucked into the, um, theological debate that has been raging, but I do welcome it, and I do feel that reading the comments--or the blog at all, of course--is always a choice. I'm grateful that you continue to make it. But heady politics is no reason to not send me a link to your fabulous butternut maple cream pie, or whatever. I'm just saying.

We've had a warm and wonderful holiday so far. Have you? What's the best thing you've eaten? Do you pray? How would you treat the recurring wart on Birdy's foot? I want to know everything.

It's funny timing to log on today and see that there's a small storm brewing in the comments about the Jew thing, since had my digital camera been working, what I was going to post was a photo, with the caption "Jews for Jesus," of Birdy playing with the antique porcelain creche I bought yesterday at the Salvation Army. I could really have offended everyone that way! But it's lovely, that creche, and Birdy loves the story of a baby born in a manger, and it all seems perfectly in keeping with our vision of an easier, happier world to live in.

You don't know from Jews poking a little fun?

It's actually fine with me to say you were offended: I am still political enough, even in my old age, to value dialogue over silence, alienation, abandonment. I do think it's a good practice, though, not to make those comments anonymous.

Would I say to Ben "Jews say 'Oy'"? Sure. Or I would say something more like "Many do." It's part of the culture, part of the Yiddish language. Just like you would say that Mexicans say "si" for "yes." Would I tell him that Jews are greedy wealth-mongers who would take a pound of your flesh over, say, a bad subprime mortgage? No. That's a negative stereotype. Do Jews tend to make fun of themselves? Yes--it's part of a centuries-long survival strategy.

But let me just say: I am all for worrying about stereotypes. Some of them just happen to be embedded in complex ways within particular cultural practices. But let's talk about it (she said, like a person who used to teach critical thinking to college students. . . sorry.)

Newish columns are here and here.