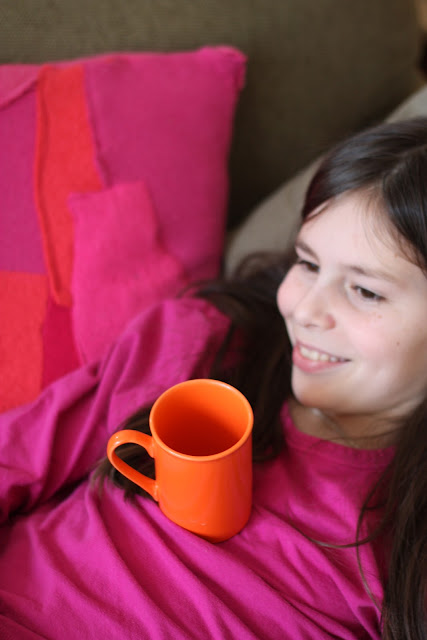 Does this look the very model of a modern major general? I know. And yet. Pirates of Penzance this week--with our freckle-sprinkled Ben as the patter-singing general himself! We are so excited. After that there will be more recipes, step-by-step sour dough, and fun, fun, fun! 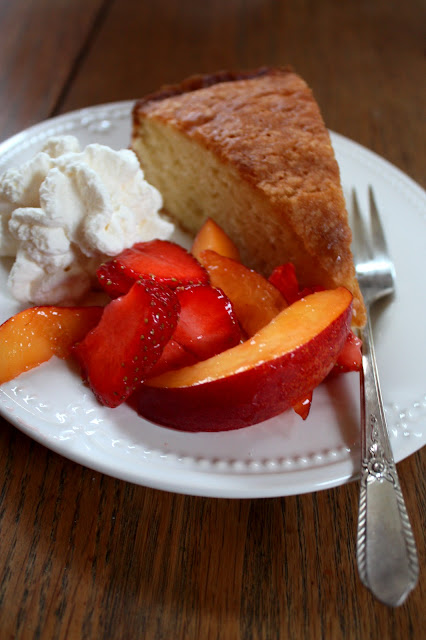 But I will say, I've been making this donut cake a lot recently, with a cup of spelt flour swapped in for a cup of white, and with almost double the amount of nutmeg. Fabulous. My favorite plain cake ever.
Also making lots of this tamale pie, but, thanks to our little vegetarian friend, with tofu chorizo swapped in for the ground beef. Also fabulous. I follow the tofu chorizo recipe from Deborah Madison's book This Can't Be Tofu! which, despite having a kind of retro I-can't-believe-it's-not-butter name, is actually full of great recipes. You can also buy various soy products, of course, or make it with ground beef, which is how it's best.
Meanwhile, Snow Child. I think I made it sound like a kids' book, and it does sound like one, but it's not. Just to be clear. There are teens who would really love it, but there's a miscarriage at its heart (that's not a spoiler, don't worry) and it's very grown-uppy. Just before you sit down to a nice big gynastrophic read-aloud with your little ones.
I also forgot to mention that Little, Brown will ship neither to a P.O. box nor to another country. If you have won, and live in Uruguay without a street address, let's see what we can figure out together. Also, please email me your address and info, winners, please. Chosen randomly (although I was tempted to pick only people who praised me and/or promised to roast their own coffee), and Susan and jen, please note the time and date stamps and look up your comments, since there were multiple Susans and jens:
Susan Mar 23, 2012 08:03 AM
jen Mar 23, 2012 01:12 PM
Library Lauren Mar 25, 2012 06:36 PM
Congratulations! And everyone else, thank you so much for entering, and please hang in there on your library wait list. It comes eventually. It does.
xo
Posted by BenBirdy1 at 3/27/2012 10:25:00 AM 11 comments:

Snow-Child Give-Away / Roast Your Own Coffee