What is wrong with me? Seriously.

Because you'd think I could fulfill a simple holiday wish. . .

I know I don't need to remind you about Pinata-gate 2005. 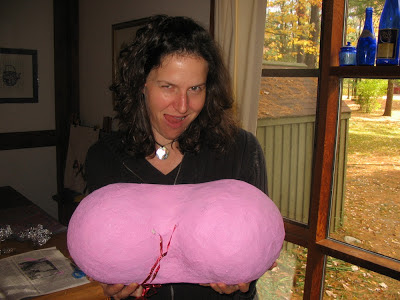 If your child was here for that particular candy-filled-boobs party, again, I'm so sorry. 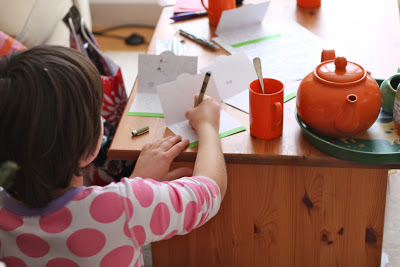 Yesterday I brewed a big pot of vanilla tea, and we all wrote all of our thank-you notes with the snow falling dreamily past our windows like we were in a Normal Rockwell painting of ourselves. Heaven on earth. Our gratitude abounds.

Comfort and Joy (and Love and Peppermint Bark) 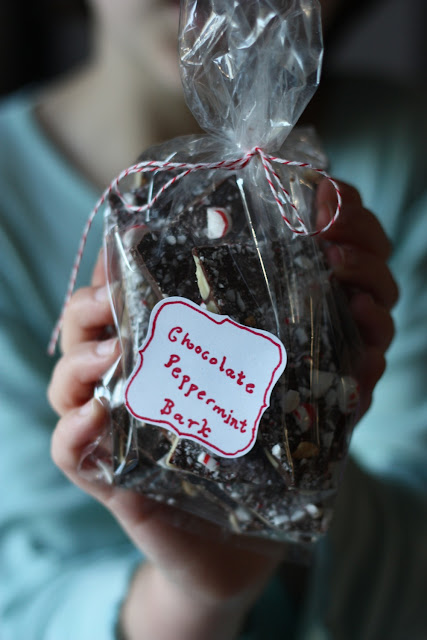 If you're a teacher of Birdy's: PLEASE STOP READING THIS RIGHT NOW. And also: I LOVE YOU. (Holly, I'm talking to you.) Because I would really hate to ruin the "surprise" of Birdy's famous chocolate peppermint bark! This is the easiest thing in the world.

And I'm only mentioning it now on the off-chance that you're tearing your hair out because work, and children, and meals on the table, and every single last holiday thing, and a partner who's like, "What? Is there stuff you want me to do? Just say!" And you're like Aaaaaagh! No! Forget it! You're totally incompetent! But the teacher gifts! Aaaaagh! Not that you would ever be like that. But if you were: 1 1/2 bags of chocolate chips (we used a mix of dark and white) spread on a piece of parchment paper on a large, rimmed baking sheet. Into a 250 oven for 5 minutes. Spread evenly with a spatula. Sprinkle with peppermint candies that your tender, hammer-wielding daughter has smashed into such pulverized smithereens that you wonder if she might need some more outlets for her aggression and also, because the nine-year-old is thinking "Rice Krispie Treats" and "best of both worlds" a handful of organic crisped-brown-rice cereal. Harden in the fridge for 3 hours, cut/break into pieces, package in bags, done. 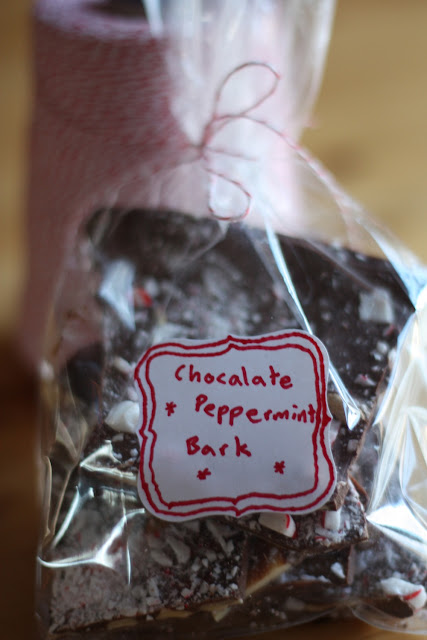 I also have more elaborated bark recipes here and here. Chocolate Fritos here. Peppermint Patties here. I still haven't made the Bar Bark like I want to, topped with Chex Mix and pretzels and Goldfish crackers, but you know I'm going to.

Dear ones, my hearts are with the grieving families in Newtown. And also with grieving you, you who are sending or not sending your kids to school today, who are trying to explain the inexplicable to them, or are longing to keep them innocent. There is not much to say, is there? People's dearest babies. A grown kid whose mind was derailed. Too many guns for the having and using.

There are murmurings of a million-child gun-control march on Washington. If there is, we will be there.

Is this a good time to think about the rest of the world's children? The 27,000 children who die daily from preventable disease and malnutrition? Who are also, in a very different way, victims of a world gone crazy? Maybe not. But maybe. This is the time of year that we donate to Partners in Health. It is the time of year that we decide, again, that we can continue to live without a mud room, that we can deal with mountains of shoes and boots and coats in our kitchen, so that we can stretch and give more than we can afford. Join me, if you can. Maybe then we'll feel like we have some agency, some world-changing power. I don't really know.

I am bad about posting holiday recipes, and this is because of a certain kind of short-sightedness: every year on this or that holiday, I think, “Oh, I won’t take pictures of this, because it’s already too late to post the recipe for this or that holiday.” The fact that the same holiday will come around again the next year is somehow lost on me. And so you can never know about my Thanksgiving stuffing or my Christmas gravlax. Or, until now, my Christmas Potato-Fennel Gratin. And by “my,” I mean Ina Garten’s. And by “Christmas,” I mean 10 Jews and a ham. (Technically it’s 5 Jews, 4 half-Jews, and a lapsed Catholic, but that doesn’t sound as catchy.)

Last year, I made my Rosemary-Parmesan Butternut Squash Gratin instead, and there was a near mutiny. It was excellent, it was, and everyone could admit as much, but it was not traditional and, therefore, Bad and Wrong. And so I will not be trying any funny business this year. It will be the ham, which I love, because, please—you could baste it with dirt and it would still be delicious. And this, which is like oozy, molten mac and cheese, but disguised as a legitimate vegetable side dish. The fennel melts into the potatoes in the loveliest way and, after their long stint in the oven, you have basically talked 3 potatoes into soaking up an entire pint of cream. Plus, it is rich enough to serve as a main course for any vegetarian daughters you might have. I made it this past week because we happened to have a large bulb of fennel, and what was supposed to be 10 servings fed the four of us with only enough leftover for one person’s lunch. And this was alongside a ginormous pot of short ribs. My thighs’ thighs are rejoicing.

Potato-Fennel Gratin
This is adapted from Ina Garten’s Barefoot Contessa cookbook and it is obscenely good and ridiculously rich. Serve it with a side of defibrillator.

Ingredients
2 small fennel bulbs (or 1 large one)
1 yellow onion, thinly sliced
2 tablespoons good olive oil
1 tablespoon butter
2 pounds russet potatoes (3 or 4 large potatoes)
2 cups plus 2 tablespoons heavy cream (I use 2 cups cream mixed with 2 tablespoons milk, because otherwise I have to buy a quart of cream instead of a pint, and then I’ll just put it in my coffee for a week and be fatter than I want to be.)
2 1/2 cups grated (1/2 pound) Gruyère cheese (We are not big fans of Gruyère. If you’re not either, then use something melty but nutty, like an aged gouda or Parano. I like to use that aged Dutch cheese that we always taste (and taste again, just to be sure) at our Whole Foods: Robusto.)
1 scant teaspoon kosher salt
1/2 teaspoon freshly ground black pepper

Remove the stalks from the fennel and cut the bulbs in half lengthwise. Remove the cores and thinly slice the bulbs crosswise, making approximately 4 cups of sliced fennel. Saute the fennel and onions in the olive oil and butter on medium-low heat for 15 minutes, until tender.

Peel the potatoes, then thinly slice them by hand or with a mandoline. (I slice them thin but not crazy thin. As you may know, I am in love with my inexpensive Japanese mandoline.) Mix the sliced potatoes in a large bowl with 2 cups of cream, 2 cups of cheese, salt, and pepper. Add the sauteed fennel and onion and mix well.

Pour the potatoes into the baking dish. Press down to smooth the potatoes. Combine the remaining 2 tablespoons of cream and 1/2 cup of cheese and sprinkle on the top.

Bake for 1 1/2 hours, until the potatoes are very tender and the top is browned and bubbly (sometimes I let it get deeply, darkly brown, and it is so good that way). Allow to set for 10 minutes and serve.

Okay, how awesome is this:

Swistle10:06 AM
I am not afraid of being commenter #1! I KNOW STATISTICS! 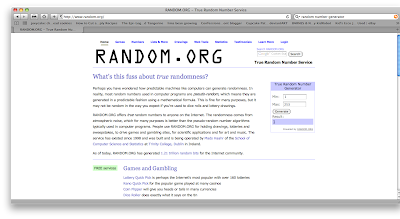 Can you see that? It really was 1. The first number I drew. That was AWESOME. Yay for statistics-knowing Swistle!

The other winner is number 233:

If you guys would email me your info, I will get those books out! And thank you so much, everybody, for playing along. I laughed so hard at some of your comments, I almost choked. Thank you, thank you, thank you. That was really like an early Christmas present.

An UNBORED (and unboring!) give-away! 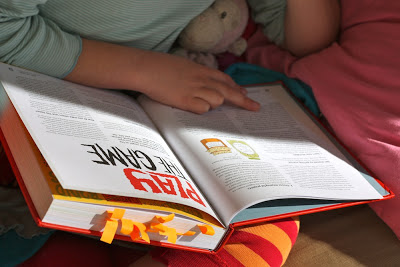 My darlings, we are going to do a give-away of this fantastic book, Unbored, which I spoke of at length in this post. Honestly, even just since writing about it, our love has grown manifoldly, since Ben has now taught himself stop-motion animation via the book's excellent suggestions and advice. I had occasion to mention this to one of the book's authors/editors, Josh Glenn, who then sent me a brilliant video his kids had made that was 1 second of Playmobil seal-rescue action followed by a 30-second blooper reel. Film-makers after my own heart, is all I can say.

When I mentioned that I was thinking of doing an Unbored give-away (using some of the Amazon revenue you guys have generated here by buying so many copies of it--thank you!), Josh asked Bloomsbury, his publisher, and they agreed to match it! So we are going to give away two copies. Just leave a comment here, and we will do the usual: I'll pick a winner at noon on Friday.** Sound good? I was going to ask you to indicate that you're an actual reader here, because contests seem to draw in a lot of stray folks, but then that seems excessively narcissistic, even for narcissistic me. (a) What did Ben once do with a handful of Tampax? b) Why did he think the Grinch was so mean? c) What was Birdy's first word? d) How long do I braise pot roast?*) So we won't do it that way.

* Edited to add: I was kidding. I'm so sorry! The outpouring of anxiety in the comments is crushing! You don't need to wrack your poor brain for my egomaniacal pleasure, I promise.

** And to clarify further (gosh, I really am lame today): this will be a random drawing! So you really, really don't need to flex your credentials in any way.

I also want to mention that I am on the cover of More magazine this month! Oh wait, no I'm not. That's Marisa Tomei. But I do have a nice long story in there about my cat that I'm sure you're wanting to read.

I also have a piece about Strawberry (e) Who is Strawberry?) in the newly resurrected Brain, Child, which is on newsstands now. Hallelujah!