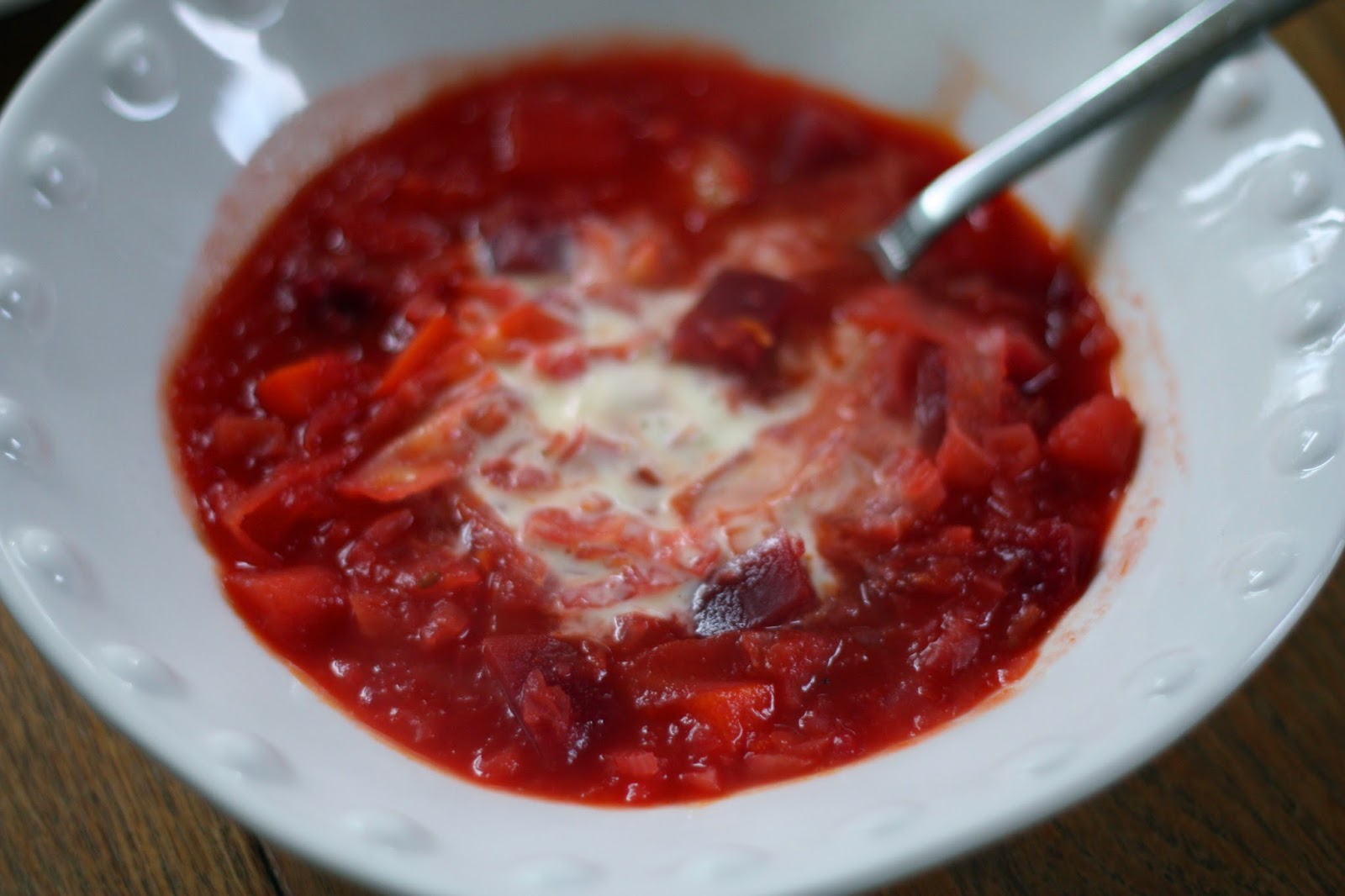 Do you remember the Empathic Metamorphs from Star Trek Next Generation? No? They’re the perfect-date aliens who subtly change their personalities until they become exactly who you want them to be: big-bosomed hockey-loving gymnasts, most likely, or else maybe limber football enthusiasts with large breasts. (In the show they were more like intensely philosophical oboe players, but I think that’s kind of unrealistic.) Anyways, I’m not saying I’m exactly an alien? I’m just saying that when Vasili and his crew were recently painting four rooms of our house, I found myself speaking to them in a slight Russian accent. Partly it’s my awkwardness about having anyone in the house who is actually being paid to be here—a situation that has only ever occurred before when the hot-water heater burst open on Christmas day or on the one night a year we hire a babysitter. It makes me feel like I’m throwing a dinner party that’s going really badly—or like I’ve hired someone for sex. I just cannot relax and let it be what it is. And so, when this four-person Russian painting crew—ranging in age from 10 to 100—were at our house for two days, I fretted around, offering mugs of tea and plates of cookies and wedges of quiche and glasses of vodka. Also, I smiled a lot, especially when Vasili asked me questions I couldn’t understand. “Igsheel zimbly vhyt, zees?” (That’s “Should I paint this Simply White with an eggshell finish?” And the answer is “Yes.”)

“Like me, like me, like me!” I didn’t say. But I did say, “Nice color, yes?” Also I said, “You vant to khev bowl of boorscht, mebbe?” And all I can say in my own defense is that I come by it honestly: my Russian grandmother, the one who called me Katushinka, spoke with that exact same accent, and everyone in my family can imitate it perfectly.

Anyways, about the borscht: it’s sweet and vibrantly pink, and so your kids might just surprise you and like it. Plus, when you stir a bloop of sour cream into it, it turns almost fluorescently pink. And in their very popular article “The 11 Best Foods You Aren’t Eating,” The New York Times listed beets as number 1! Thanks to all their lovely folates and antioxidants and whatnot. I admit they recommend eating them raw for maximum nutrition—but they’re still plenty healthy cooked. And who doesn’t love cabbage? Well, lots of people actually don’t like cabbage. But I do! 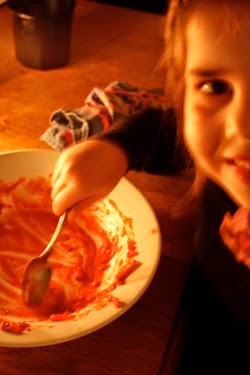 Begin by bringing the beets, potatoes, and broth (or salted water) to a boil in a medium pot over medium heat. Cover the pot, turn the heat down, and simmer while you prepare the rest of the ingredients—around 20 minutes.

Meanwhile, heat the butter in a wide soup pot over medium-low heat and cook the onion until translucent, around five minutes. Skip the caraway if your children don’t like their soup to evoke rye bread, otherwise add it with the onions. Add the rest of the vegetables with a teaspoon of kosher salt and sauté for 5 or so minutes until the cabbage is well wilted, then pour in the beets and potatoes with their cooking liquid, the tomatoes, the honey and cider vinegar, and 1 or 2 cups of water—just enough to submerge all the ingredients in liquid. Bring the pot to a boil, turn the heat to low, cover, and simmer for 45 minutes or so, stirring occasionally, until all the vegetables are very tender.

Puree about half the soup with a stick blender (or do this verrrry carefully in a regular blender, and then stir it back in—or skip pureeing it altogether), then taste for salt, sweet, and tart: add more salt, honey, or vinegar in tiny increments as needed to make the soup lively-tasting and good. Especially salt. Serve each bowl topped with a spoonful of sour cream, a snip of dill, and lots of confident enthusiasm.
Posted by BenBirdy1 at 11/05/2005 10:20:00 AM