The Soup of 1000 Vegetables 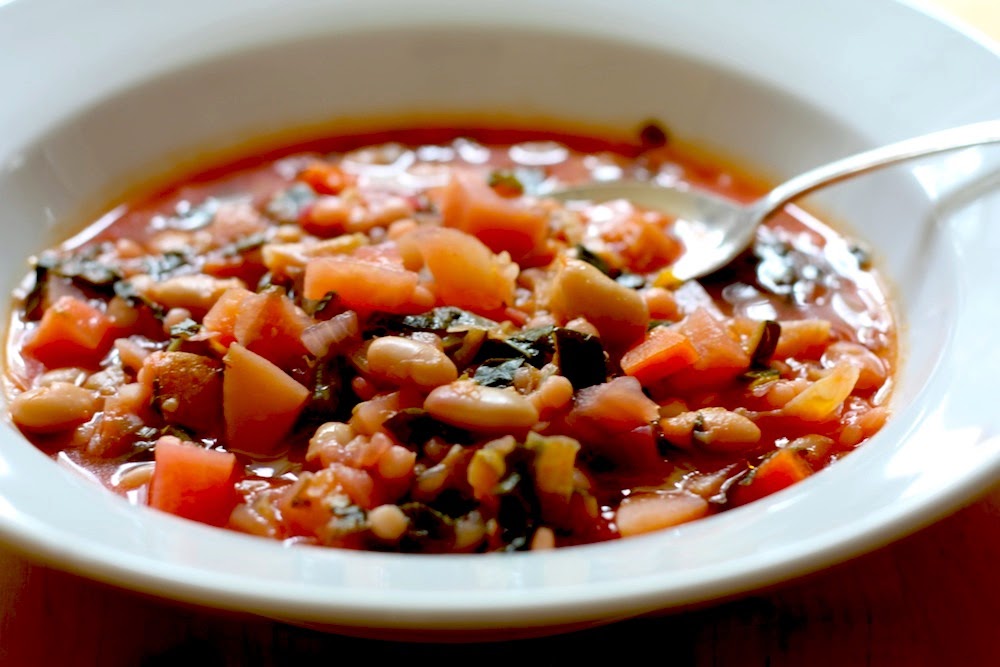 "When it's over, I want to say: all my life
I was a bride married to amazement."

Those are lines from the Mary Oliver poem, "When Death Comes," which is a favorite of mine. I'm thinking of her because my children and mother and I went to hear her read last week, along with 2000 other amazed people, everyone with their souls flung open. Well, make that 1999. Birdy was too busy accidentally dropping her after-dinner mints on the floor and fretting over them to get her soul flung open. "I did not listen to one single word!" she boasted into the glorious night on the way back to the car. But my mum and I? Souls flung open. Ben and his friend Ava? Souls flung open. Ava's mother and I actually had to lean over all the children to hold hands and cry, so filled were we with our love for the world.

These lines, for instance, from the poem "Why I Wake Early":
"Watch, now, how I start the day
in happiness, in kindness."

Or these, from "The Summer Day," another favorite:
"Tell me, what is it you plan to do
with your one wild and precious life?"

And what I plan to do with my one wild and precious life is nag my children over bowls of vegetable soup.

See, the problem with Mary Oliver is that you are expanded by her loveliness and love, her open heart and clarity. And when you contract again, around your own smallness? It is just about the worst thing--more humbling than if you'd just been your usual mix of petty and grateful to begin with. I don't know how to explain it. I guess it's just life, really--how you can boil up a huge pot of vegetable soup and feel, in your bones, your love for your children, your family, your life. You are making them this good and beautiful food! You are nourishing their bodies and souls! You are loving this world that grows this lovely food that you feed your lovely children! The soup cooks and exhales into your kitchen the steam of righteousness.

And then, well, the light is fading, and you are hoping to get some photos taken of the soup. And you don't know how to use your flash without making it look as if the bowl of soup is Brittany Spears climbing out of a limo into the lights of the paparazzi. And you call and call the kids, but they're busy with a game they're playing, cutting pandas out of paper, those bad kids. And then you speak sharply to them and they come to the table with their heads hung low, and they spoon up their soup while you nag them some more from behind the clicking shutter of your own self-importance: "When I call you to the table. . . " And the bucolic love-the-world soup turns into dinner at the gulag.

It takes only the most momentary lapse in kindness, doesn't it? To snuff the glow from your children's eyes? It is devastating, the power we have as parents. I vow, again, kindness only, to let the grace of them illuminate me and dispel the shadows of pettiness.

You know, and a really good bowl of soup (hello, segue!). I really meant to write about the soup itself, which is less of a recipe than a formula. And the formula is this: a beany something + a starchy something + a tomato something + loads of random veggies + broth. You begin sautéing whatever onion/garlic type thing you're going to use, and then you prep the veggies one at a time and add them to the pot and stir them as they're done. This is the method from an old Marcella Hazan minstrone recipe, and it's an economical use of your time, and also a great way to get lots of flavor into the soup, since everything gets to sauté for a nice long time. You can use any veggies here--I had tons of odds and ends leftover from our farm share and various cooking projects, but you could use just 2 or 3 different veggies, or dozens of them. Honestly. If I'd had celery I would have added it; if I had it to over, I would have nixed the sweet potato, which was a bit off-putting in its sweetish orange disintegration.

But the formula is very open to adaptation: the beany thing can be any kind of canned beans or chick peas, or else a large handful of lentils. The starchy thing can be barley or rice or pastina or Israeli couscous (which I used here), so long as you add enough liquid with it that as it cooks it doesn't sponge up every last drop of broth from the soup. And the tomato product could be a few tablespoons of paste or a cup of sauce or some chopped fresh or canned tomatoes; I used the sauce that had been delivered with our buffalo chicken calzone a few nights earlier. Seriously. And the broth is optional, but I always think of that one quart of broth as my gift to the soup; if it needs more liquid after that, it gets only water. You could add herbs if you like (though I usually don't) and you could garnish it with parmesan or croutons in addition to the olive oil. But mostly you just need a drawer full of aimless veggies and an hour and a half and an open heart. You need to start--and end--your soup in happiness, in kindness.

The Soup of 1000 Vegetables
Please note that this is not a real recipe as much as a description of how I happened to make this particular pot of soup. "I'm worried that your readers are going to go to the supermarket like those ingredients are a shopping list," Michael fretted. But you're not, right? Because you get that I just used what I already had. Right?

In a very large soup pot or Dutch oven, heat the oil over medium-low heat and sauté the leeks, onion and shallot with 1 teaspoon of the kosher salt, stirring occasionally, while you start preparing the other vegetables. When the leeks and onions are wilted and translucent, around 5 minutes, begin adding the other vegetables as they're prepped, starting with the garlic, then adding them in vaguely the order listed, or else in some other order of your choosing, until they've all had a chance to be sautéed in the pot.

Now add the tomato sauce and the chicken broth, along with 2 cups of the water, raise the heat to high and bring the pot to a boil, then lower the heat to low, cover the pot with the lid just barely ajar, and cook the soup, stirring occasionally, for 1 hour.

Taste the soup, and add salt as needed, then add the remaining 2 cups of water, bring it to a vigorous boil, and stir in the couscous and the beans with their liquid and the vinegar. Cook another 20 minutes or so, until the pasta is tender. Serve, topping each bowlful with an additional spoonful of olive oil.
Posted by BenBirdy1 at 11/15/2005 10:44:00 AM