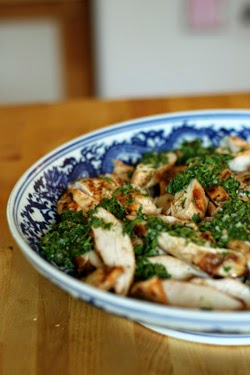 This is an absolute favorite summer meal, and it's a recipe, but it's also a philosophy. Not in the Kierkegaard Fear and Trembling sense, but in the oh-wow-yum sense: you marinate the chicken before cooking, like usual, but also after cooking. In a different marinade, of course, so as to not get salmonella. And oh, wow, yum--the chicken is so, so succulently excellent: tangy, herby, and mouth-watering.  We tend to use it to top a salad or noodle bowl, but it is also good on its own. 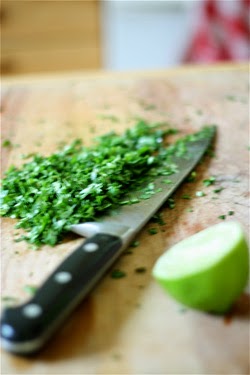 The pre-cooking marinade makes the chicken delightfully tender and seasoned, but then the post-cooking marinade introduces all the fantastic and fragile flavor component--the herbs and citrus zest and garlic--that would have burned off on the grill. 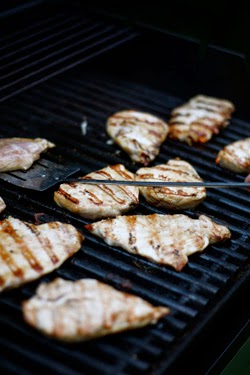 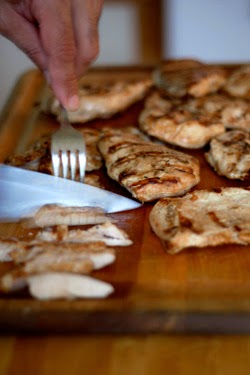 Also, since you slice up the grilled chicken, you maximize the flavor-absorbing surface are. You will be a hero to your family and dinner guests. Seriously. 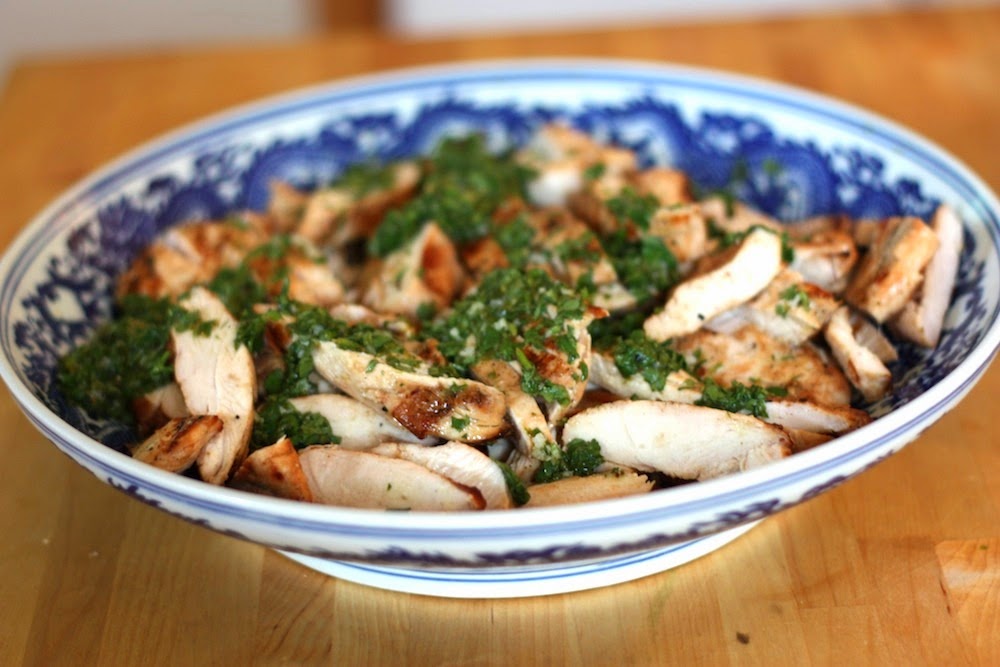 So yes, there's lots of salt, as you'd expect, and lots of zest for a full, rounded citrus flavor. There are many different ways to make this, of course: sometimes I use lemons instead of limes, and switch the herbs to lemon thyme and parsley or else basil. Yum. Sometimes I add a bit of chopped shallot or scallion to the first marinade or a bit of chipotle puree to the second. And sometimes, if there are people around in whom the flecks of green are going to inspire fear and trembling, I leave some of the grilled chicken out of the second marinade. It is still delicious, just not so zingy. As you would imagine, this chicken makes an excellent addition to salads.

Note: Feel free to skip the first marinade altogether, and simply salt the chicken well as early in the day as is possible. If that's right before you grill it, so be it, since it's really that second dressing that's doing the work here. Then just rub the chicken with oil before popping it on the grill.

Stir together the lime juice, soy sauce, olive oil, and salt, then pour it over the chicken in a large dish, tossing the chicken to make sure it's all covered with the marinade. Cover the dish and leave the chicken in the fridge to marinate for an hour or so (too much longer than that and the acid in the lime juice can make it mushy). Preheat your grill or broiler, and grill or broil the chicken (drained from the marinade, which you then discard) turning it once, until it's cooked through, around 3 or 4 minutes per side. Let the chicken rest for a minute, then slice it against the grain and toss it with the second marinade in a wide serving dish. Serve warm or at room temperature.

For the second marinade, whisk together:
The zest and juice of 1 large, juicy lime plus the zest from the 1/2 you already juiced (zest the limes before juicing them)
1/4 cup olive oil
1 teaspoon kosher salt
A large handful of cilantro, finely chopped
1 clove of garlic, peeled and pressed through a garlic press
Freshly ground pepper