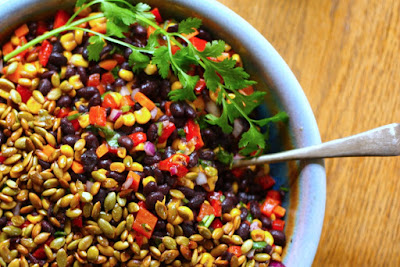 Summer is my favorite. Yes, the weather can suck, and the chips are always already stale, and the mosquitoes are heinous, and my children still grimace and pout over sunscreen like they’re 3 and 0 instead of 7 and 4 or—oh, wait, no—15 and 12. But I don’t care, because you invited me to a potluck! And I’m so happy to be invited that I will set about making some huge bowl of something or other, and maybe even one other thing too, because I suddenly don’t mind cooking at all when it’s for a party, even vast vats of stuff, even though just a second ago I was pissing and moaning about needing to assemble a pair of cheese sandwiches for the lame dinner I’d been planning before you called. 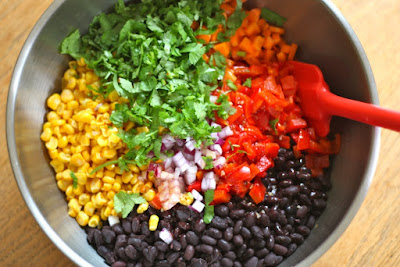 I’m linking to some old favorites newly uploaded here—this panzanella (make it with fresh mozzarella if you can) and this Napa Slaw with Gingery Vinagirette, which I actually just made again last night—and there are lots more potluck-party favorites in the recipe index: brown rice salad, for example, or the very popular Potato Salad with Chipotle-Lime Vinaigrette, which this adaptable black bean salad is a version of. 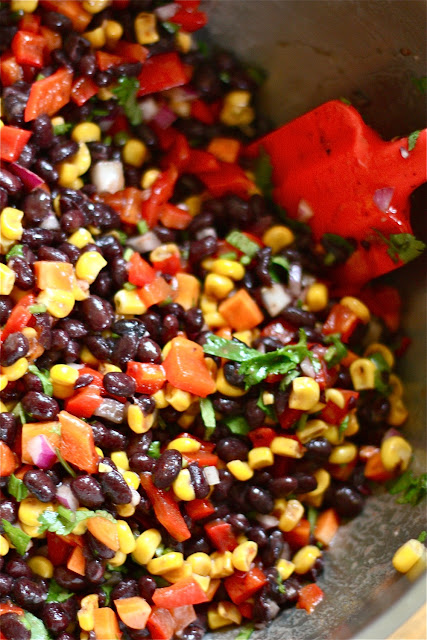 It's such a great salad: pretty and tangy, a little spicy and smoky, loaded with crunchy, tender, sweet, and salty things so that every mouthful is kind of thrilling. It's great as a side, but it's also good scooped up with chips like salsa. Oh, and you should get your 15-year-old to make the dressing for you, which will make your life much easier.

Chipotle-Lime Black Bean Salad
This salad is based on my Chipotle-Lime Potato Salad, which is based on a recipe in the lovely Fields of Greens cookbook. The amounts aren’t that important here: it’s the kind of salad that can easily be grown, if you sense that a large group is accruing—it keeps well, and there’s plenty of dressing to support another cup or two of corns, beans, or some other miscellaneous vegetable you feel like adding. Also, if you are pressed for time, feel free to skip the roasting of the peppers: they’re crunchier raw, but not as sweet, so it’s kind of a toss-up anyway. I like to add feta, but I was making this particular batch with a non-cheese-eater in mind.

Heat the broiler and cover a small baking sheet with foil. Lay the peppers cut-side-down on the foil and broil them close to the flame until they are entirely black, around 10 minutes or so. Wrap them loosely in the foil and leave them to cool while you deal with other stuff. Later, peel and rub the black skins off of the cooled peppers, then dice them.

Sauté the pumpkin seeds: Heat the oil in a tiny pan over medium heat. When it's hot enough to sizzle a seed, add all the seeds and fry, stirring, until popping and golden-brown, about three minutes. Turn off the heat but keep stirring for another minute so that they cool down without burning, then add the salt.

Put the beans, corn, carrots, onions, cilantro, and peppers in a large bowl. Pour in about half the vinaigrette, then stir gently with a rubber spatula and taste. Add more dressing and/or salt if the salad needs it. If you are not serving the salad right away, cover the bowl (transfer the salad to a smaller serving bowl, if you like), and leave it at room temperature for an hour or two, or, if you need to wait longer, refrigerate it. Taste and re-season just before serving, then top with the pumpkin seeds, feta (if you’re using it), and more cilantro.

* To make the chipotle puree, scrape an entire 7-ounce tin of Chipotle in adobo (brands to look for include Embasa, San Marcos, Herdes, and La Costena) into the blender and puree it. Store it in your fridge in an impeccably clean glass jar where it will keep indefinitely—unless it doesn’t, which is what sometime happens. A thin layer of oil over the top seems to prevent mold from forming.
Posted by BenBirdy1 at 7/06/2015 05:04:00 PM