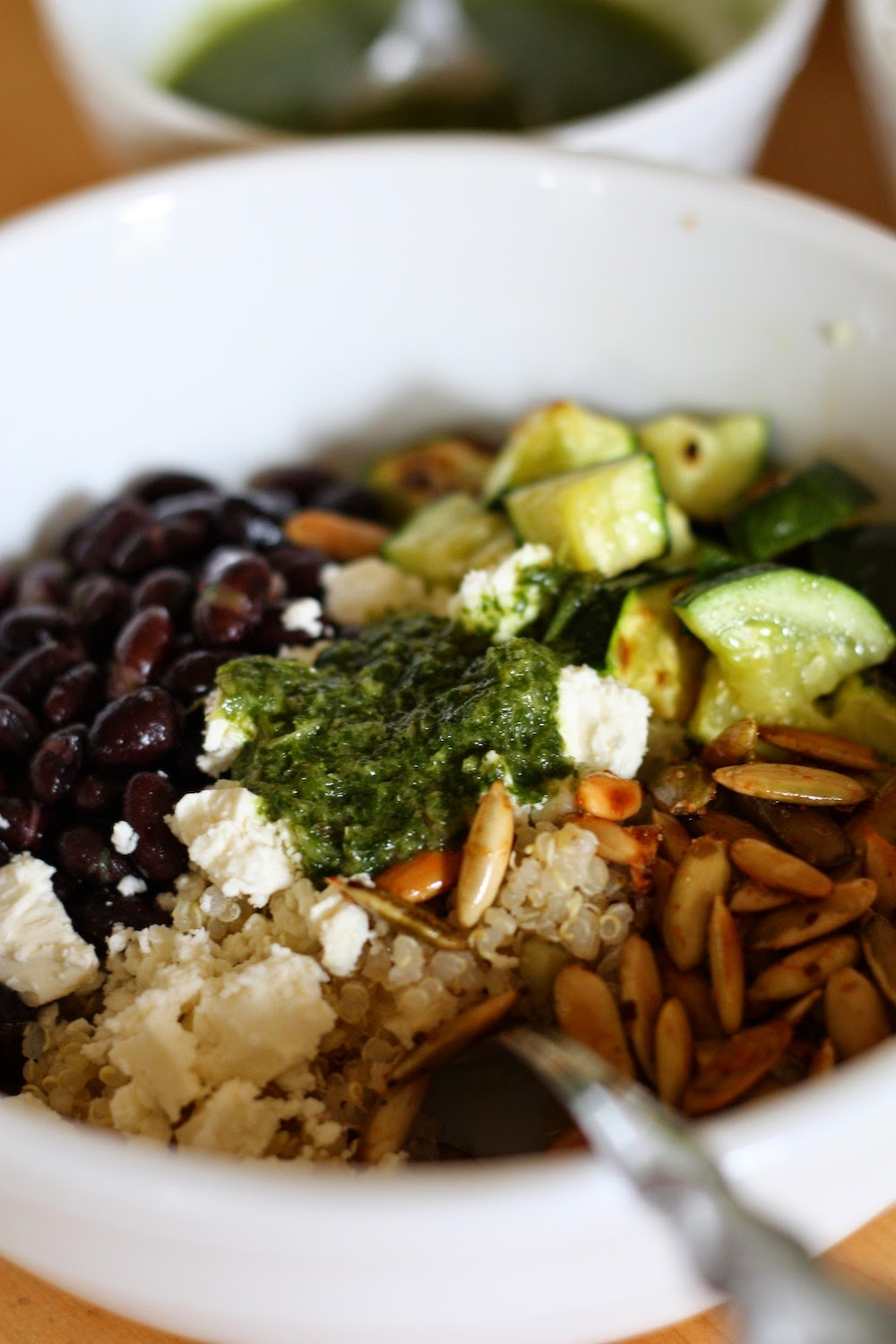 The superfood of the Andes is, as everybody knows, kosher for Passover because. . . Come on! Those Andean Jews weren't about to be growing any treyf quinoa. Natch.

So. Perfect Quinoa Bowls. Yes, this used to be called "Make Your Own (Quinoa) Sundaes," and yes it's a recipe you've seen before. But it is such a persistent favorite that I'm putting it up on this site, to claim for my very own. The quinoa-cooking method alone is worth a look. I never make it any other way. [Note: I backdate recipes when I add them. So all the older stuff will say "November 2005," but it's not really from then. It's just so it doesn't gum up the current posts. If that makes sense.]

In other news: how about Goldfinch winning the Pulitzer? Right? But you already read and loved that and you and your dad already complained to each other at length about the ending, and you need another book. So read Home Away. It's like A Year in Provence, but refracted through anguished domestic comedy and very mild alcoholism. In other words, my life (except in France). Plus, every time you read about the husband character "Bill," you can imagine the guy who lived next door to you freshman year, the one who was crazy nice and kind of dorky and later turned out to have been a secret hunky catch all along. In other words, Bill is a real person, and he lived next door to me freshman year.

Also (Lean in for this. I am going to whisper, because of my superstitious nature.): I am publishing another book! With Little, Brown! And it's because of you, it just frankly is. When I was making a long and labored case to my new, lovely, wonderful editor there, I sent so many cut-and-pastes of things you'd written--things like "Write another book!" and "What's with not ever writing another book?"--that she finally said, kindly and gently, that she thought she had enough material of that type. (I omitted all the comments that were like, "Enough already with the mildly alcoholic comedic angst. I just need a chicken recipe.") So, as always, thank you, thank you, thank you. The book should be called: The Kids: They're great. They're annoying. I'm afraid they're going to die. Instead it's going to be called, in a similar vein, Field Guide to Catastrophic Happiness. It will come out in spring of 2016. Knock wood. Thank you, my darlings. xo
Posted by BenBirdy1 at 4/15/2014 04:19:00 PM