I am so totally not a raw-food person. If you say the words “raw cashew crust” to me, for example, I am not going to want a bite of your pizza, and I don’t want any sprouted-sunflower “brownies.” Plus—I think I may have mentioned this before—I had a raw-food housemate in Santa Cruz who alternated chewing grains of brain rice, which he soaked overnight, with chain-smoking Marlboro reds. “Maybe cook your food and quit smoking?” I suggested, and he (fair enough) gave me the finger. 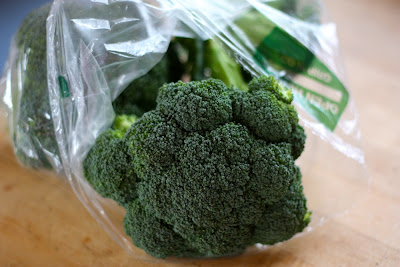 And yet. And yet, once I fall in love with something raw, the cooked version starts to seem off to me, debased. Sushi is a great example: raw salmon is, to me, the epitome of silky, luscious perfection, after which a piece of cooked fish suddenly tastes like the oily smell of cat food. Likewise, once we started eating kale raw, in the salad that this one is based on, cooked kale started to seem so limp and sulfurous—like all its vim and vigor, its robust green kaleness, had gone up in steam. And now broccoli. 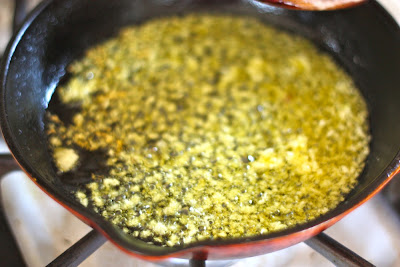 I’m not saying I’ve given up my crack addiction. But a funny thing happened: we were testing an idea I’d had for ChopChop (it will be in the summer issue), whereby kids try out four different cooking methods with the exact same ingredients to better appreciate the fact that how you cook something really affects the way it tastes. Our ingredients were broccoli, salt, olive oil, and lemon: we roasted the broccoli, we sautéed it, we steamed and then dressed it, and we tasted it raw—with the oil and salt and lemon, still—just as a control. And, to my incredible surprise, the raw won my kids over. “But doesn’t the roasting really bring out the sweetness?” I asked them, and yes, it did, they could see that. Steaming brought a clarity of flavor, sure. But they just really liked the freshness and sweet crunch of the raw vegetable—the same way they’ll more happily eat a carrot right out of the ground than a cooked one. “Also,” Ben noted sagely, “I used the really good olive oil.” It was true; he did. But still.

And so I made this salad, in which the broccoli, like ceviche, is sort of cooked a bit by the vinegary dressing and turns bright green. It is completely delicious—garlicky, sharp, tender, crunchy, and vibrantly green-tasting—and, if you’re afraid, quite unlike the large, punishingly raw florets that might accompany the ranch dip at your work functions. The cherries add just the right amount of sweetness and chew, while the cheese contributes a little funky, salty richness. Yum.

Raw Broccoli Salad
This salad is great after an hour and even better the next day. Lightly fried sliced almonds are a delicious addition. My family has decided to hate walnuts, but they’d be good too, as would something like fried garlicky breadcrumbs. Be sure to cut the broccoli small so that it gets well coated by the dressing. And please note that the recipe calls for sherry vinegar--not sherry or cooking sherry.

Cut the broccoli into very small, but distinct pieces. I cut the crowns off the stems—but very close to the stem, so that they fall apart, or can get pulled apart, into very small florets. Then I peel the tough skin of the stems and chop the stems fairly fine. Put all the broccoli (except for the peels, which you can toss out) in a large bowl.

Now, in a small pan, heat the oil over medium heat and fry the garlic in it until fragrant and just on the verge of coloring (which you will need to intuit, given that it won’t have colored yet). Add the salt and vinegar, and stir for another minute as the vinegar sizzles furiously and the whole thing becomes outrageously fragrant. Pour the hot dressing over the broccoli and toss very thoroughly with a pair of tongs. Stir in the cheese and cherries, taste for salt (and, while you’re at it, for vinegar and oil), then cover and allow to sit for an hour at room temperature. Stir, taste again, re-season, and serve. 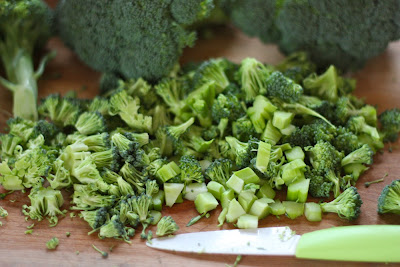 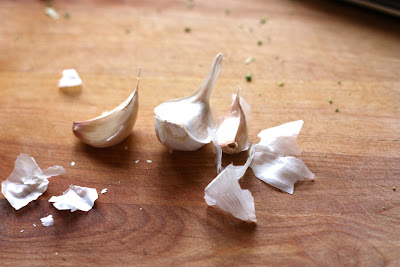 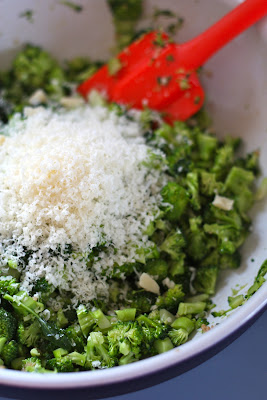