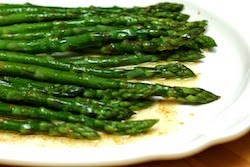 The kids are thawing out outside in the thaw, riding their bikes around and around the dirt-breaded mounds of snow like they've emerged from hibernation with a craving for nothing but air. There are many things I miss during the long winter months--the dear sight of their arms and legs, for instance, or the way anybody's nose looks when it's not crusted with snot--but watching them now, out the window, I realize that I've been missing exactly this: the pleasure of seeing them from a distance, silently. Winter is the season of everybody's face an inch away from yours, everybody's fleecy limbs flung across you every minute of every day, every conversation heard and overheard and overly overheard, if you know what I'm saying. I love the closeness and company, I really do, but right now that sunlit space between us is like a tonic.

As is the sunlight itself, of course. O, shining sun! I am reborn in your image.

It's just borrowed spring, of course, this early in March. For one thing, the daffodils are imported from England. For another, the asparagus are imported from Mexico. But in these early cheater days of the season, I couldn't help myself. It will doubtless snow another two feet before we get our own daffodils and asparagus. But I don't even care, because it's coming. You can smell it in the morning--that metallic breeze that pours in with all the early light. The children wake with energy spooling through them like they're crazy-straws coursing with metabolic juice. The pussycat bounds around like he's a furry four-footed clown with springs for legs.

So asparagus, of course. The first ones must be eaten standing up, at the counter, leaning over the plate like you are dying from a hundred vitamin deficiencies and have torn the green shoots from the mud with your own bare and scurvied hands. And you know how I am about kids and vegetables. How I am is: butter. A little butter is a perfectly wholesome thing to eat, and vegetables are massively wholesome, and the two together are an extraordinary match. Why force children to experience vegetables as a punishment? "A plate of plain steamed broccoli! Eat it. Maybe next time you'll think twice before needing vitamins!" Here, the butter is swirled over heat until it is toasty-looking and so lusciously fragrant that you will be practically slavering into the pan. Of course browning butter is not exactly a straw-into-gold scenario, since butter is heavenly to begin with. But try it, and see if you can't get your kids to love some green something that they weren't so sure about before. Mine are up and down with asparagus--by the end of the season, they'll think it's maybe kind of revolting--but to say that the platter was licked clean would not be figurative in this case. Or, to quote my delightfully insane son: "This is so not aspara-gross!"

I've said this before, but I like fat asparagus: they're no older than skinny ones--and I think they're sweeter and juicier and just yummier overall. But these were pretty skinny, and they were wonderful too.

Wash the asparagus and bring an inch or so of water to a boil over high heat in a very wide lidded pan. Now snap the bottom off of each asparagus spear: there will be a place where it naturally wants to break, a couple inches up from the very bottom, and you will feel this if you bend it a bit. Spread the asparagus out in the boiling water, and cover them. Check for doneness starting at 2 minutes: stick the tip of a paring knife into one and see if it feels tender. If not, boil another minute or two or three, moving them around in the pan with tongs every once in a while. Once they're done, pull them out of the pan with tongs and plunk them on a dish towel to dry while you make the brown butter sauce.

Now, theoretically, you could already having been making the sauce while the asparagus was cooking, but honestly it's all so quick anyway that I recommend doing one thing at a time--you don't want to overcook the asparagus or burn the butter, both of which are fairly easy to do. Now: put the butter in a very small pan (ideally light-colored, the photos of my black pan notwithstanding, so that you can see the color change) over medium low heat. Let the butter melt, then continue cooking it, swirling the pan constantly, until the butter gets golden-brown and smells nutty and swoonish, another 3 or 4 minutes. Err on the side of underdone since a) it will cook for a bit longer after you turn the heat off, and b) as long as it's not burnt, the butter will be good no matter what.

Put the asparagus on a warm platter (you don't want the butter to congeal) and pour the sauce over it, making sure to get all the yummy brown bits out of the bottom of the pan. Eat.
Posted by BenBirdy1 at 5/12/2005 09:51:00 AM