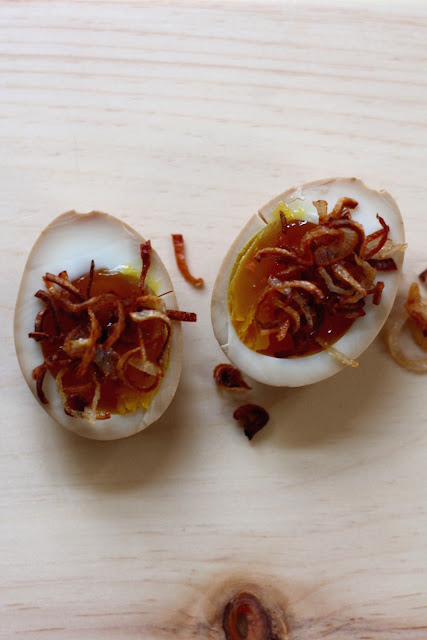 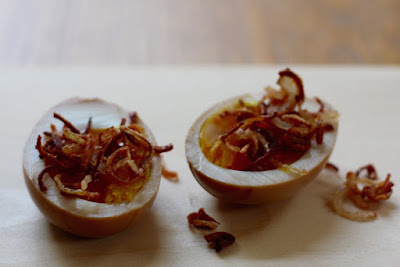 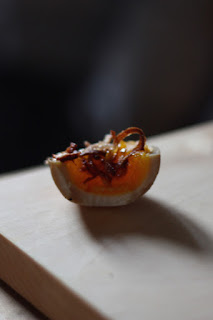 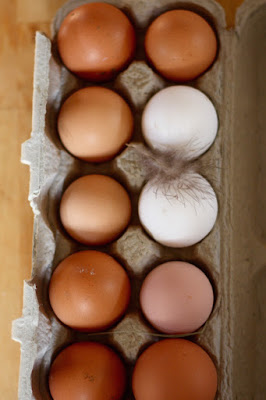 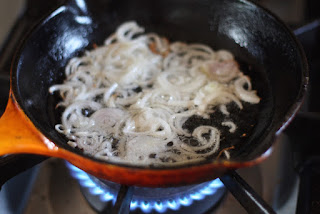 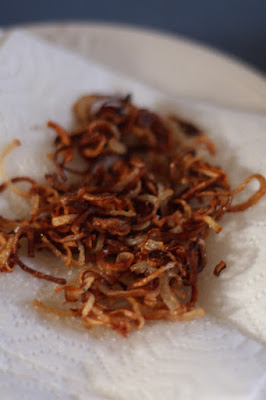 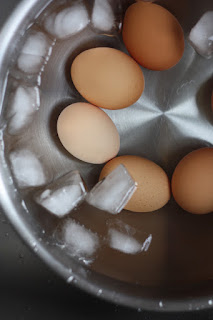 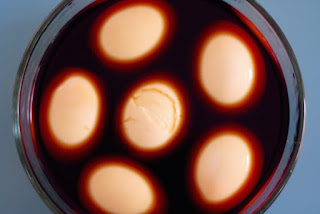 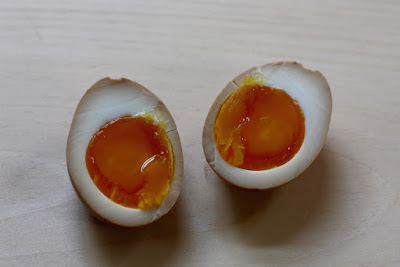 Slice each egg lengthwise a top with a small shower of shallots. If you skip the shallots for any reason, then sprinkle a little pinch of coarse salt on the yolk before serving.
Posted by BenBirdy1 at 10/28/2015 08:55:00 AM 13 comments:

And the Free-Form Give-Away winner is. . . zameander! Because she wrote this haiku:

Zameander, please send me your address and the name of the book you would like. Did I promise the winner would be randomly chosen? I hope not! I love you all, and thank you for playing along and for your sweetest congratulations. When I was pitching that new book a while back, I included some of your nagging write-another-book emails. Seriously. I think that's what did the trick.

Meanwhile. I sewed the spots onto Ben's cow costume for him. Seriously. After swearing on a stack of a thousand copies of Jessica Lahey's brilliant book that I would not help him with it, especially since he left it until the last minute (they celebrate at school today). What is he now, 40? And I'm still doing this? He teased me this morning that I was going to be the mom in Love You Forever, only instead of sneaking in with a ladder and rocking his middle-aged self in my lap, I was going to sneak in and sew his Halloween costume. "Do you think I wanted to sew it?" I asked and he said, "I'm guessing you must have, since you did." That is food for thought. The problem with that kid is that he is so funny and charming that I am doing things for him before I even realize I've agreed to. Dangit. But maybe that's a good life skill, being so funny and charming that people can't help doing stuff for you? I am still thinking through it. Plus, he has been taking such excellent care of his sister, who is now at his same school. Who could begrudge him a couple of cow spots? Sigh. 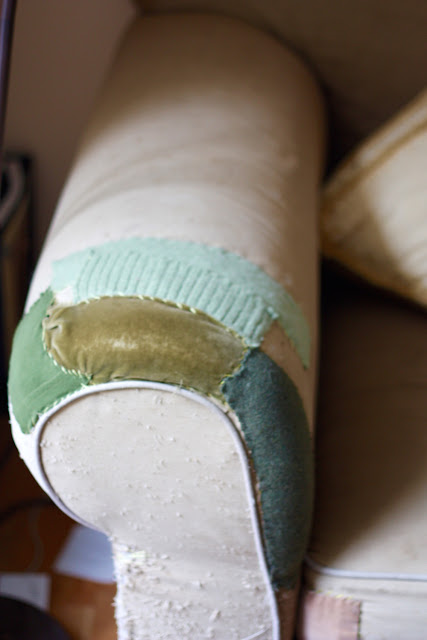 Luckily, the half a bottle of pinot noir I drank while sewing cow spots encouraged me to mend our (cat's) couch, which I am thrilled about. (I still think "Drunk Mending" would be a great book series.) 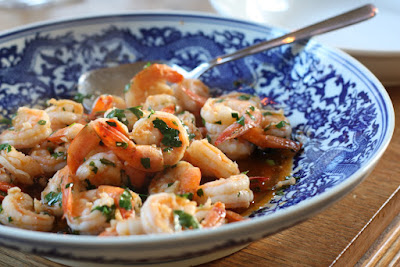 The recipe for today is Smoky Shrimp with Garlic and Olive Oil, which someone requested, and which I can't believe I'd never moved over until now. It is still a great favorite around here, and if shrimp were free, I would make it every night. Unfortunately, only black walnuts and dandelion greens are free, and I'm just not getting a real dinner feeling off of them. Have a wonderful weekend. xo
Posted by BenBirdy1 at 10/16/2015 10:21:00 AM 16 comments:

Recipes, Books, and a Freeform Give-Away

Ah, my darlings. A few things today. For one, I turned 47. Yes, I did. And we went to see a band called Darlingside, whose new album you can listen to here for free! You are so welcome (assuming you like crushingly adorable young-guy string bands who do Crosby, Stills, and Nash harmonies). It was the best birthday ever, for many reasons, including Michael making a romantic acrostic birthday card, and everyone going on a mushroom foraging walk with me. Sigh. The forties is by far my favorite decade so far, nipple hairs and geriatric acne notwithstanding. 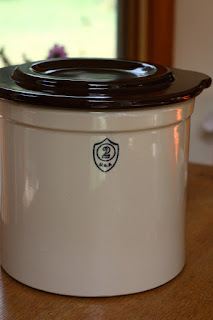 Next up: fulfilling your recipe requests. For Warm and Smoky Potato Salad and Butternut Galette with Roasted Onions, Pecans, and Blue Cheese. I made that galette last week, only instead of squash et al, I made it with a big heap of sauteed cabbage and onions and a thick layer of melty aged gouda, and it was totally fabulous. Also caraway seeds. Yum. 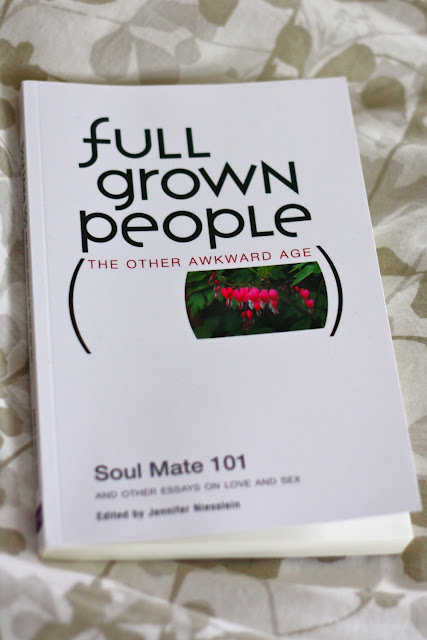 And then a couple of book recommendations. Like the newest Full Grown People collection, Soul Mate 101 and Other Essays on Love and Sex edited by the lovely and brilliant Jennifer Niesslein. I tried to read three essays (it was late, and that was the number I had allotted myself), and did not put the book down until I was done. It's honest and raw, sexy and joyful and sad and very middle-aged, in the best possible way. I confess to having contributed an essay to the volume that is not the least dirty thing I have ever written. Actually, the only dirtier thing might be the essay I contributed to the first FGP collection. Or the poem I once wrote comparing Michael to a microwaved hotdog. 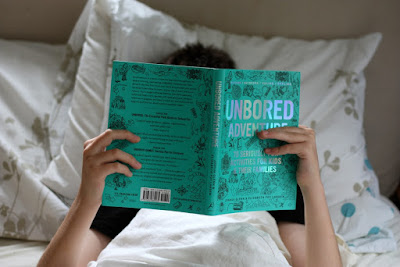 I am also recommending the latest Unbored book: Unbored Adventure, which I had the deep honor of contributing to, and which Birdy has named "The best Unbored book yet!" (Huge praise.) This is a chock-a-block book, filled with crazy, thoughtful, well-tested ideas that range from the immediately doable to the profoundly inspirational and aspirational. Birdy read the book cover to cover, then promptly spent the day sewing something called a "Ditty Bag," which thrilled her no end. "What are you going to do next from it?" I asked her, and she looked thoughtful, then said, "Purify drinking water using nesting bowls and evaporation." Okay! 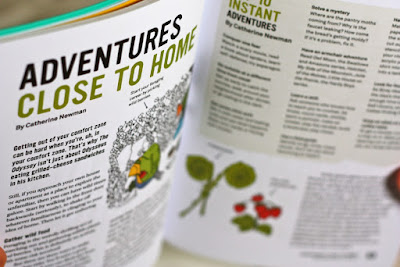 And if you're all, "Adventure? Seriously? Catherine?" please know that I wrote the opening essay and ideas for the "Adventures Close to Home" chapter. Like last week? We foraged the black walnuts from our own backyard. Ba-bam. Adventure. 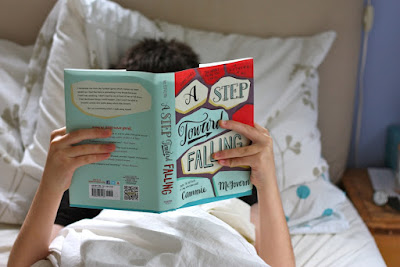 And finally, A Step Toward Falling, which is a book that has nothing to do with me. Except that its author Cammie is my beloved neighbor and friend, and her profound kindness, hilariousness, and curiosity sparkle in everything she writes. It's a book that's getting starred reviews everywhere, and that is currently #1 on Amazon in "Teen and Young Adult Special Needs Fiction." Birdy read this book so fast that the pages were flying, and she has described it as "awesome" and "complicated" and "funny" and also (this is a caveat) "the grown-uppiest book I have ever read." I'm reading it next.

One more book, even though I said "finally" already: 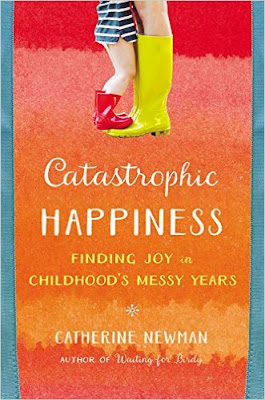 It's out in April, but you can pre-order it here! Please do. (Dying a little. Click on the link just to see the advance blurbs from this incredible person and this one. Dying. Seriously.) 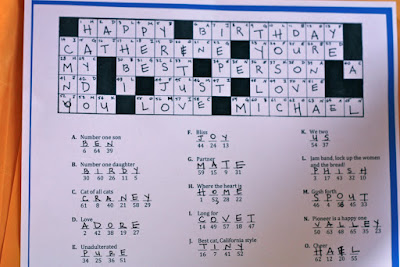 Okay, the free-form give-away! I don't want to give these particular books away because I want you to buy them! So enter by commenting, and if you win, I'll send you any book you like that amazon sells (and that is not, like, $100). Sound good? Comment by noon EST next Wednesday, 10/14.