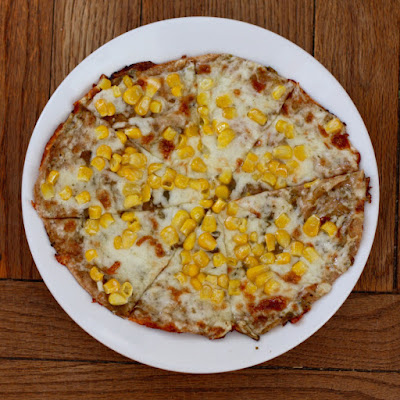 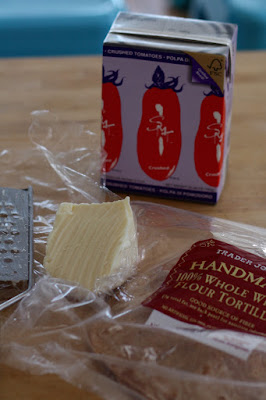 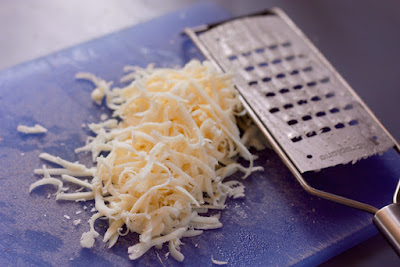 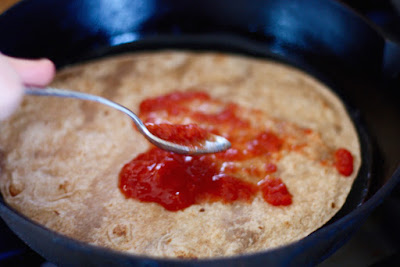 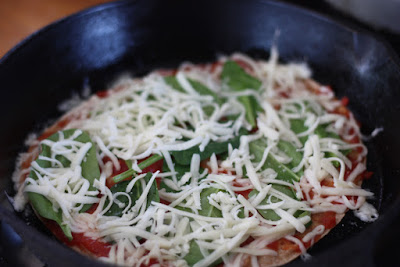 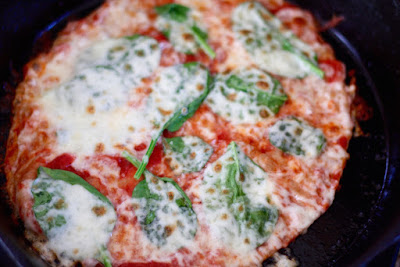 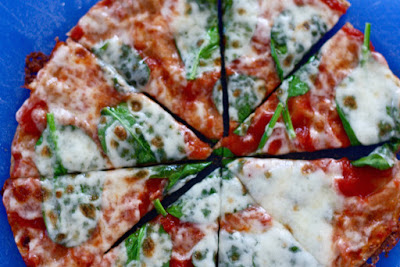 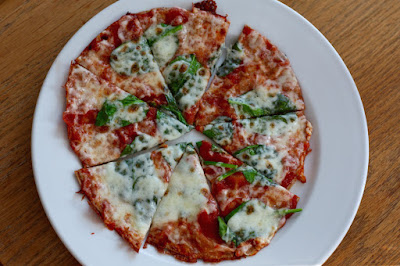 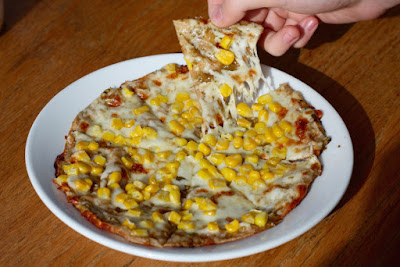 Turn the stove off and put the pan under the broiler for 2 to 4 minutes, until the cheese is bubbling and, if you like, browning. Use a spatula to peek underneath and get a feel for the situation of the tortilla. If it is floppy and not browned on the bottom, put it back over medium heat on the stovetop for a minute or two or three, until it is perfect. Slide onto a cutting board (you might want to use a spatula to first release the melted cheese at the edges), then cut and serve.
Posted by BenBirdy1 at 2/09/2016 01:15:00 PM