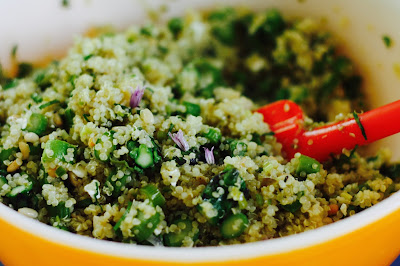 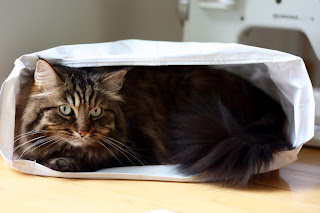 I am in the very thick of my spring love affair. Oh the lilacs! The dogwood! The violets and lilies of the valley and the mint coming fast and furious! The sunlit awakenings and long blue days and sunlit dinners! I mean, my god. Last night after we'd finished eating we watched a big, fat ground hog eating big, fat dandelions, and it was like a cartoon.

Plus, asparagus is in season here, and we really do gorge on it while it's gorgeous.

For Mother's Day Michael roasted asparagus in the oven and served it with my very most favorite dinner: cheese and crackers. But, like, really good cheese, and three different kinds of crackers, and I was in total heaven. I would eat cheese and crackers for dinner every single night if it were allowed. Plus, when you eat it for dinner, instead of before dinner, you can eat as much as you want. Or so I tell myself.

Anyhoo, asparagus. I always think I couldn't possibly find a simpler way to cook it, and then I do. This method produces lovely, buttery, crisp-tender asparagus: your teeth find some resistance, but then the inside of each spear is all stringy tenderness. (That sounded better in my head than it sounds now, written out, but I'll just leave it there.) Try it. And share your own favorite asparagus methods, if you would be so kind!

2 bunches asparagus (around 2 pounds), ends snapped off
3/4 teaspoon kosher salt (or half as much table salt)
¼ cup water
6 tablespoons butter
Squeeze of lemon and a bit of grated lemon zest (optional)

Put everything but the lemon in a wide, lidded skillet or Dutch oven over medium-high heat and cover it. Once the mixture comes to a boil, turn the heat down so that it simmers steadily, and use tongs to mix the asparagus around occasionally, so that everyone gets a chance to be where the butter is.

Eventually, the liquid will evaporate and the asparagus will be buttery and done—start checking them at around 3 minutes (little ones will take a little bit of time, and fatter ones will take more time) and turn the heat off when they’re cooked to your liking—or, really, just shy of your liking, since they’ll cook a little more after.

Use tongs to move the asparagus to a platter, and evaluate the liquid left in the pan. If it’s just a buttery, glazey juice, then scrape it over the asparagus. If the asparagus have given up a lot of liquid, then boil this liquid briskly for a minute over high heat until it’s more butter than juice. Either way, if you’re using it, add the lemon juice and zest to the pan before scraping its contests over the asparagus. Done. Perfect.
Posted by BenBirdy1 at 5/10/2016 10:07:00 AM 7 comments: